Amethyst’s healing properties have been acknowledged and celebrated for centuries by ancient scientists, healers and others. Now, modern science has confirmed the highly conductive properties of this remarkable mineral. Amethyst crystals offer the most consistent and powerful delivery of far infrared light waves, and ionic effects to the human body. 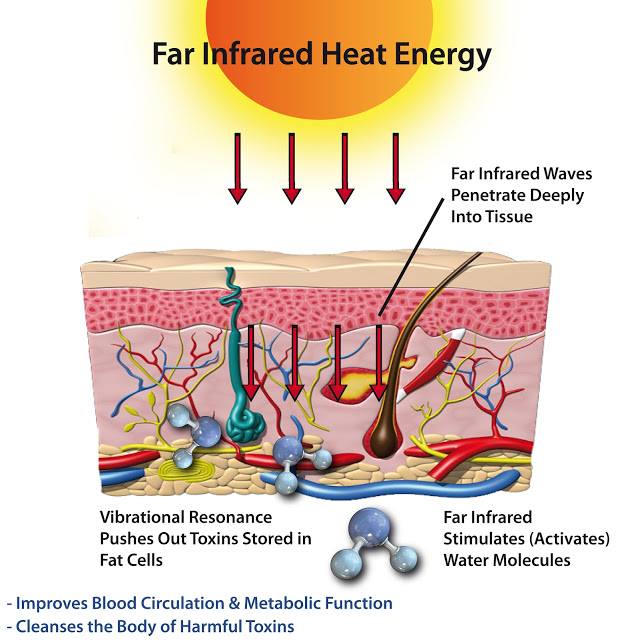 Far infrared rays are part of the electromagnetic light spectrum and are close to the light frequency of natural sunlight. However, far infrared does not contain any of sunlight’s harmful UV/UVB radiation. The beneficial properties of far infrared light have received particular attention from the scientific community in recent years, although the first research conducted on this part of the light spectrum was undertaken by NASA several decades ago.

We live in a time when there has never been so many toxins bombarding our bodies, from herbicides and pesticides in our food, to chemicals added to our water, not to mention industrial pollution and medications. These toxins have been linked to all the aches and pains of our bodies so reducing them makes us feel better.

What are Negative Ions, and why is it a big deal that the Amethyst Biomat creates them, you say? well...

A bit confusing, no? It’s a misnomer that we can thank Benjamin Franklin for. Back in his time, electrons (with a "negative" charge) and atoms were not understood correctly. So we're stuck with the 18th century terminology, and that is why the good ions are called "Negative Ions."

pH Is Essential of Optimal Health

When negative ions are applied to the body, the calcium and sodium circulating in the blood are ionized.

This changes the blood pH into an alkaline state and has an overall alkalizing effect on the body. The normal pH of human arterial blood is approximately 7.40 (normal range is 7.35 – 7.45), a weak alkaline solution.

Blood that has a pH below 7.35 is considered acidic, while blood pH above 7.45 is alkaline. Proper blood pH is essential for optimal health. It has been noted that the negative ions applied to the body are helpful in regulating pH.

When the amount of negative ions in the blood increases, there is an increase in inter-cellular communication. This occurs as the cell membranes are opened, and cellular metabolism is facilitated.

As a result, there is an increase in cellular nutrient uptake and cellular hydration. In addition, cellular waste materials are more efficiently excreted.

With the increase in cellular metabolism, optimal cell function is rapidly revived. For more information, research the Nobel Prize in Physiology (1991) for the discovery of the ionic channel.

Get the results you expect.
Browse Services